This is gonna be a long one, but my company is hiring!

You can learn more about the company culture here: https://truss.works/jobs

Our company handbook is public:
https://guide.truss.works/docs/trussels/

In short, the culture is AMAZING. Hands down the best company I've ever worked for.

Want to work with me?

Salary ranges are listed on the job descriptions.

We have openings for:

Of course I'm also happy to answer any questions about what it's like working in civic tech and specifically for Truss. :D

Other perks of working with Truss:

In particular, we're looking to fill the L3 infra engineer from a more diverse pool.

My company is still hiring for the engineering roles listed on this toot https://hackers.town/@pixelpaperyarn/107174070980003456

Please pass along to anyone who might be interested. This company is a fucking unicorn in this industry. Kindness makes a comeback with the skillz to pay the billz.

@pixelpaperyarn what are the travel requirements? i've always been hesitant to work for consultancies because i'm not interested in spending a lot of time away from my family

@balrogboogie Currently we have zero travel because of covid.

In non-covid times, travel depends on the project,but for engineers is minimal regardless. We're fully distributed with folks all over the country, so that's taken into consideration.

I did some asking around and on one project when it was first starting was 2-3 times a month at its max for 2-3 days. That was mostly product/design folks and once it got rolling was down to almost no travel.

The project I'm on is well established and has zero engineer travel requirements.

@balrogboogie I'll also note that I've worked for consultancies for almost my entire 12 years in the industry and have never had to travel to client sites, so it really depends on the consultancy.

@pixelpaperyarn aw man this sounds like a good gig. bookmarked this in case they have recruiter openings come up. thank you!

@MmeLibertine Sorry we don't have any in house recruiters currently for you to apply for, but we're growing fast every year so it may happen in the future.

@pixelpaperyarn that's okay! I've got it bookmarked & keeping my eyes peeled. I really do appreciate you sharing this! 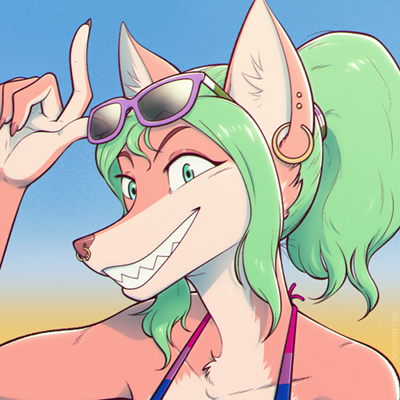 @pixelpaperyarn Sent this to my girlfriend!

this resembles a Rose @autumnal@hackers.town

One of those ones where I get wistful over the idea of having an income, and not going insane at the same time, but then remember I got no credentials nor qualifications other than "hey I wrote these 700 lines of C just now and like 200 lines of Scheme last year and some Python another couple of times, look, it's a hot mess. also I was a proofreader/layout/graphics-design/uploads-to-CMS-for-website person for a newspaper for like four years, that's totally relevant, yes"

also looking at too many interesting Github repositories' READMEs but never actually reading the code, that's totally as good as a CS degree

I'm curious how many people there actually do have college degrees though? Just as a...thing, I've been thinking about this stuff off and on lately and now I'm wondering. Not saying I could actually do any of those jobs...

@autumnal For perspective, I have a high school diploma and am completely self-taught. I’m an L3 now and will be leveling up in the next year or so. Some folks have master’s degrees, other folks are like me. The ability to learn things is more important here than what you walk in the door knowing since we do work with a variety of stacks. I would say it’s helpful to have done some kind of web or infra work previously but there’s a lot of flexibility with that.

It never hurts to submit your resume is what I’m saying. Don’t self-reject yourself needlessly. 💙

this resembles a Rose @autumnal@hackers.town

@pixelpaperyarn juuust for also perspective, *I* don't have even an HS diploma ahaha x.x I have plans to hopefully rectify that (community college) but ... gah. Point taken though >.< I suppose if nothing else I can try to keep learning.

@autumnal Definitely keep learning!!! I sure didn't land my current job without having to work hard and do a lot of learning over the last decade, but if you keep showing up and keep trying, things really do start sinking in.

I used to feel really hopeless and trapped in shitty jobs. Did that for a long time, but I can honestly say that persistence was the key for me. I kept trying, even when everything sucked, and eventually the hard work really did pay off.

@pixelpaperyarn A couple of these look pretty interesting to me! I'll dig through and see what y'all are about

@voltur Happy to answer any questions!

@pixelpaperyarn I passed on your post to some qualified candidates that I would highly recommend. I’m not looking. Best of luck.

@euclid Awesome! Thank you so much!