We really need more texts on software engineering that approach the practice from a higher level. Too many textbooks become irrelevant quickly because they're too tied into current trends instead of approaching the field from 10,000 feet and looking for common patterns that occur regardless of language, paradigm, or decade.

Reading A Philosophy of Software Design and realized that I had ordered the first instead of the second edition (I guess Amazon is trying to dump the first edition).

The nice bit is that John Ousterhout put out a PDF with the new chapters:

Thinking about gibs cigar today made me want to break out the old pipe this evening.

Decided to scroll around for a little bit and see how old high school and college buddies had weathered the pandemic.

The site is such nostolgia bait for the displaced millenial with globally scattered friendships. It doesn't take much, a few old photos, the reminders of friendships or potential romances that have whithered away with time to put you in a sense of melencholia over your current disposition.

Closed out and killed that container. What a trashy site.

"It seems the Dutch city of Rotterdam won't be dismantling a historic bridge so Amazon founder Jeff Bezos can sail his new superyacht through its waters. And for now it's unclear how the 417-foot-long (121 meters) yacht will leave the area, or if it'll even get finished."

Oh dear such a pity. 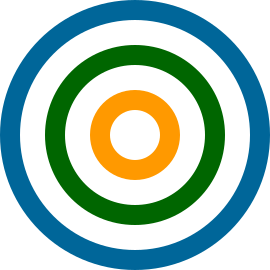 So recent discussion on #Python packaging, the #2FA rules for #PyPI, gave me an idea to submit to our #SocialCoding forum..

Use the #Fediverse to organize the #social aspects of vetting and auditing software packages for inclusion in package management registries, so they comply with #security and #quality rules. And decentralize these registries in the process (or proxy them).

In order words: Share the burden of the #FOSS maintainer.

With the generous use of pots and thinning down my starts I’ve been able to fit everything into the one container.

From from to back I’ve got arugula, beets, onions, cabbage, orach, parsnips, carrots, turnips, and beans. Green chilis are growing in pots along with tomatoes and strawberries.

My other fun thought is that my ISP's upload speed out here is now fast enough that self-hosting is looking possible. I ran RJ45 under the house so everything is now wired and the Ubuntu desktop that I was using for work seems like it would be reliable enough to turn into a server and just host my stuff there when I'm on the road.

So when I get some spare time, I'm going to nuke that and set it back up headless and move the sites I'm hosting on my DO VPS in-house. Maybe even set up my own Gitea instance and move any personal repositories off Github.

I think it was @mjd who had this suggestion last month.

Decided to be a big boy and just ask work to order me a new laptop since I'm cash strapped from the asbestos abatement/bathroom remodel project.

Going to nuke the Windows install when it gets here and throw POP_OS or Ubuntu on it.

I'm thinking of running work on the base hardware, then install a whole second boot onto the SSD so if I need to do any after-hours or personal stuff I can boot into it. 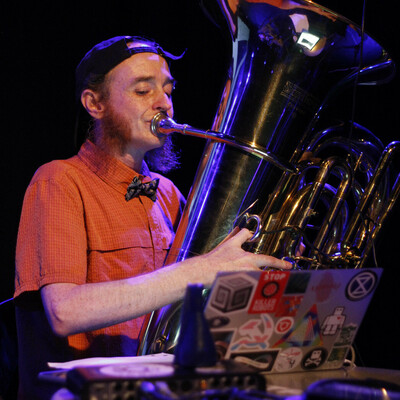 Students need to learn some philosophy and critical theory and contextualisation and all these things. But in a non-liberal arts context, you get people who are good at making noise music with computers trying to squeeze in a bit of foucault and graeber talking about power relationships and a few allusions to colonialism when talking about World's Fairs.

Rich students get to take philosphy and literature classes from experts in those topics.

Liberal arts is a class issue.

We shouldn't have to beg corporations like Facebook to hint at how their systems operate in front of congressional oversight committees.

A functioning democracy should simply hold out it's hand and say give us your code. We will audit it now, or we will disolve your charter.

We seem far more concerned with keeping the trade secrets and affairs of corporations sacrosant than we are the private information of individuals -- the very, and only entities who should have privacy.

The key point I took away is that liberalism greatly shifted our definitions of the public and private spheres. Whereas antiquity considered anything that happened in the agora a matter of public record -- commerce is very much public. Privacy is the realm of the home and the individual. Liberalism extended the idea of private to include the affairs of business and corporations and left the "public" to only include the state. Robin says the latest SCOTUS decisions takes this one step further leaving only private corporate interests and public state interests. Individual privacy ceases to exist.

This somewhat backs an argument I was making last week: the affairs of corporations is not part of the "private" sphere, but is as "public" as any state aparatus.

Corporations do not exist except by decree of the state, they should be considered an extension of the state and subject to the same expectations of public visiblity and democractic oversight as any agency of the state. We should stop thinking of them as "private" entities. They are not people, they do not have privacy.

Keep dragging my feet on this. I'm probably not going to make it to HOPE.

We found out that one of our relatives we will be visiting on the east coast during the trip has a terminal cancer diagnosis. There won't time to get to them before HOPE starts and we don't want to risk brining covid back from NYC when we go to visit.

So we're still driving out there around the same time, but the original reason for the trip is getting cut.

This might free me up to loby-con Defcon. Who knows. I'm still feeling very anxious about how utterly lax everyone has become about masking or basic safety and not feeling too up for spending time indoors with other people.

We keep discussing in our household that it would be nice if the NM border moved 10 miles west so we weren't in AZ and could be in a securely "blue" state. We just jive with the NM culture so much better -- there's more indigenious representation in their politics, and there's this weirldy progressive latin-American strain of Catholicism in parts that I enjoy (ironic given the Roe decision).

AZ seems dominated by evangelicism and this jack-Mormonism that has rarified the most conservative and capitalist elements of that religion into a most bizarre identity.

I've always found it curious that our neighbors would rather drive an hour longer to get to Phoenix than go to Albuquerue. But they feel much more attached to the notion of being Arizonan, whereas it's incidental to me. My partner wanted to be closer to the desert and I wanted to be surrounded by vanilla smelling Ponderosa pines.

AZ going to Biden, I had hoped sounded a more liberal turn in the state politics. The conservatism of McCain was tolerable, but the last two years seems like a continuous effort to

I'm still gungho on leaving the country altogther but if not that then heading down the mountain into NM is an alternative.

Our county is deeply blue thanks to the rez. But rim-country -- the thin strip that runs between the Apache and Navojo reservations is perhaps the most racist attitudes that I've seen living out west and it does extend eastward into NM and the northern Gallup region. This is an area where people refuse to license their vehicles or get driver's license. Real constitutionalists, the type that went to Malher. A bunch of folks playing out a "homesteader" lifestyle, ironically backed by government welfare to maintain their hobby ranches.

Spending this last weekend in Albuquerue was refreshing to just hear people on the street talking aghast at the supreme court decisions. I don't feel comfortable discussing these things up here in public. Even in the woods, I'd check first that no one is around.

There's a small community of retirees, hippies, and Peublo that make things barely tolerable but it comes at the expense of living surrounded by confederate flags and outright bullies.

We find ourselves concerned of ending up on the wrong end of things in the state if things go south. We are quiet and hermitish. We could pass in the community for a long while. People are very friendly and nice so long as they think you are one-of-them. But, I can imagine they would be outright hellish if they ever were emboldened to turn on their more progressively minded neighbors. Or worse, end up on the wrong side of these shifting laws and find ourselves needing to vacate to NM anyways.

Got back from camping over the fourth to find that the birch tree has decided to provide for the pantry.

After three years, the blues festival is back in our little alpine town. There’s an ice cream cart making ice cream with this 1932 John Deer.

technicolorrainbow There is nothing here!

notacult There is nothing here!