What sorts of things do you wish you saw more of in queer fiction, specifically relationships (romantic, friendship, and otherwise) between guys?

I know sometimes it seems like "just more representation, period" is the answer, but I'm curious -- what specific kinds of scenes would you feel most interested in getting lost in, with some imaginary strangers?

Are there things in queer books you've read that disappointed you, or that you think should be more common?

I know what my own opinions are, but I'd be eager to hear what others think.

Any and all answers are welcome, and boosts are appreciated.

This is one of those items where googling is so unhelpful.

I keep getting served either thoughtful-but-not-entirely-relevant queer literary criticism thinkpieces, or else "Best Gay Moments on TV" articles.

I know it's a niche-within-a-niche, readers who want to read about The Gays.

But seriously, what would a queer author giving the readers what they want be GIVING them, exactly?

What do The Gays crave? 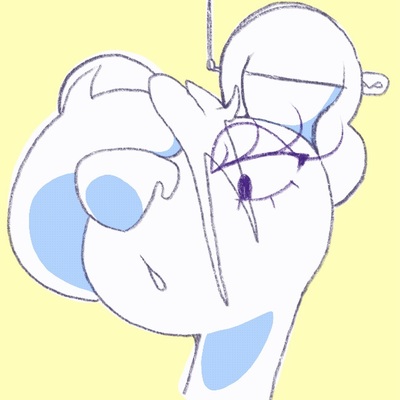 @erosdiscordia i know personally i'm sick of the stereotypical queer tropes, but i'm also sick of the anti-tropes, the ones that just take the trope and do the opposite just to subvert the expectation; boring!

@erosdiscordia fantasy where the characters are queer without it being some weird fantastic creature/ ailment allegory, without it being unusual or even commented on, the queerness is just presented.

also as a whole, i don't care how many het versions there are of of, like, secret dating, fake dating to real dating, secret royal, knight/ royal, friends to lovers, soulmates across time and space, until there's so many queer versions of all of these romances that i roll my eyes, there's not enough.

@erosdiscordia "It has electrolytes, it's what Gays crave!"

Literally any found family shit, platonic roommates, adopting kids, ‘will you be my emergency contact’ convos, i’m here for all of it

@erosdiscordia Lesbians. just lesbians, full stop. I actually left fanwriting/fandom because it was so tilted towards m/m and m/f, which is ofc fine and I don't mean to dunk on it but I have to go elsewhere for lesbians, it seems. These days i'm mostly into anime with large female casts, lol

@esbe all of this, so much!

@esbe @erosdiscordia That's great to hear because that describes the main character for a story I'm currently working on.

It doesn't need to be romance related. Just acknowledging that navigation of a point of view that isn't centered on a het normative person looking in on something.

...I'm still trying to think of a bi male main character that ever stood out. Basically trans, genderqueer, and fine with our lower half but not upper. Thus bustymale as the having breasts does not change how we see ourselves as we have fuck all to do with the concept gender.

It's so tiring how much queer storytelling is about sex, wanting specific kinds and whether we are getting to have them, and I just feel like there's a whole lot more to our community bonds than who is grinding crotches with whom. 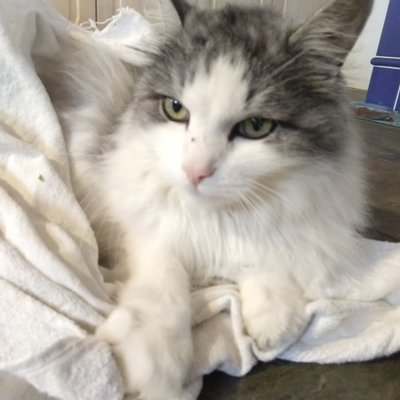 @erosdiscordia I'd like to see more (queer) feminism and critical masculinity in those. I feel like often the ok guys in fiction are ok simply because they are like that, they just happen not to be affected by patriarchy, or to handle it ok because they are Good Guys, or they aren't actually that cool anyway because they make "I'm so cool because I'm not sexist"-ish remarks. I'd like to see the reflection that usually needs to happen for men to actually be cool in that respect.

@erosdiscordia and like, i don't mean that as "make it a political analysis". Just, I want to feel that fictional queer guys (and all the others too) are taking responsibility. I'm tired of "I'm already gay, that makes me Good in every way", I have enough of that in real life. I want explorations of the ways they handle emotional labour, household chores and community building.

@erosdiscordia and also like, how they handle it when they mess up. 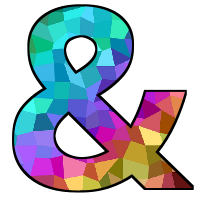 - other types of gay guys than white cis first-world citizens

- other types of masc enbies than androgynous parahumans

- non-romantic touch between guys being normal and good

- male/male couples not coded as masc/fem, top/bottom, seme/uke etc. (nothing wrong with that but other types are underrepresented)

- like a masc guy being into cute things or carework, or a femboy super competitive and assertive etc.

- guys being valued by how they relate to people and what they do to others, rather than their power/proficiency/born specialness (re: masculinity in fiction in general)

@erosdiscordia I love platonic friends that are very close.

Ones who are more than notionally gay but don't have gay as their primary identity.

Plus, stable polyam relationships, both with primary connections and secondaries. (Like two married who both have side relationships that don't share). Mainly, stable and happy and not based on "well, they were going to cheat anyways".

@erosdiscordia Oh, and I adore casually sexual relationships. The "I'm having trouble sleeping/I got a minute, want a bit of relief?" type of relationships. I almost never see those in any form. 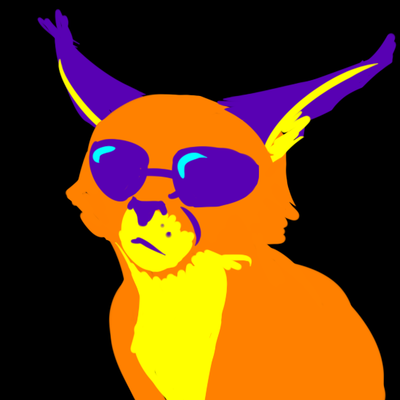 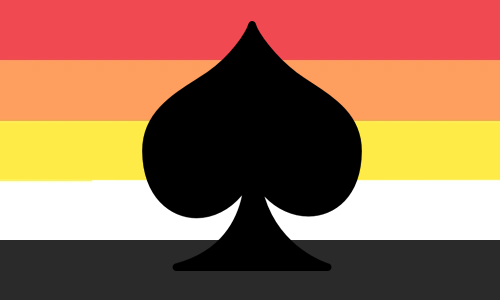 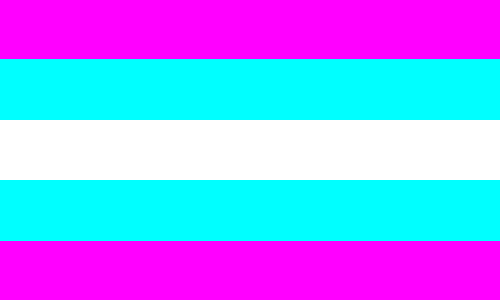 @erosdiscordia@hackers.town the thing i want most is more stories about guys having any kind of strong relationship with other guys that are focused on emotions

physical attraction is fine and all but i wanna read about Boys Having Strong Feelings, whether they're romantic or platonic or something undefinable 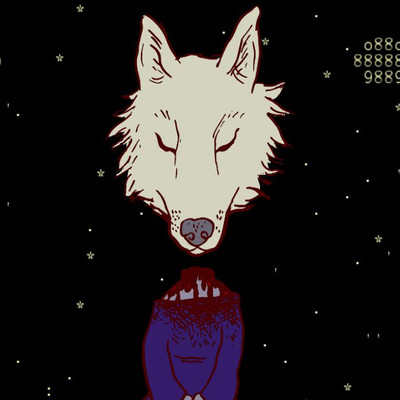 I can do with more meatpunk. Not just meatpunk(tm) meatpunk but taking "subtlety is for fuckers," bashing back, and not giving a shit about explaining to straight audiences. Like Killjoy's "The Lamb Will Slaughter the Lion."

Part of me is thinking that we need a queer grindhouse along the lines of travelers trapped in a sundown town, except these travelers bash back.

@erosdiscordia Something I'm feeling keenly (as I got triggered yet again on this) is erasure of nonbinary and fluid gender in popular LGBTQ history.

And some of that comes from a well-intentioned attempt to avoid using weaponized camp stereotypes. One of the things I love about "Pose" and Ellen Klages "Passing Strange" is that when you have more than two queer characters, you can better show a range of gender diversity without falling into stereotypes of "all lesbians are butch" or "all gay/bi men are queens."

@erosdiscordia guys taking care of themselves and each other in guy ways. guys being part of society. guys shopping for groceries and falling in love while reaching for the penne. guys becoming guys, guys becoming not-guys. 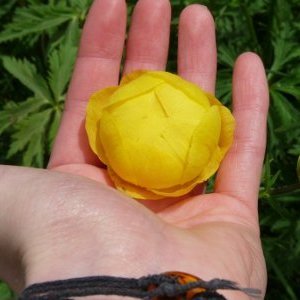 also, found families, queerplatonic relationships, unquestioned queerness in fantasy/scifi settings, characters questioning the way they build relationships with others, and trying to love others in a healthier way 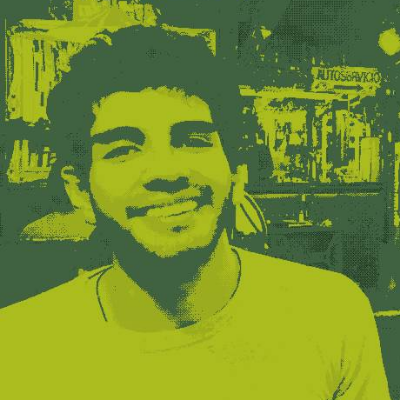 @erosdiscordia Representation is good, but I'd like to see more couples in media with non-tragic endings. Like, the straights have lots of stories where they live happily ever after, while we just die because writers can't picture us growing old together and stuff.

@erosdiscordia It'd be nice to have more queer stories with queer main characters that don't involve being in the closet, being shoved into a closet, or discovering their queerness. Those stories are important and I'm glad we have them but it's also nice to have queer main characters that are well established in their queerdom and have other life struggles that come along. 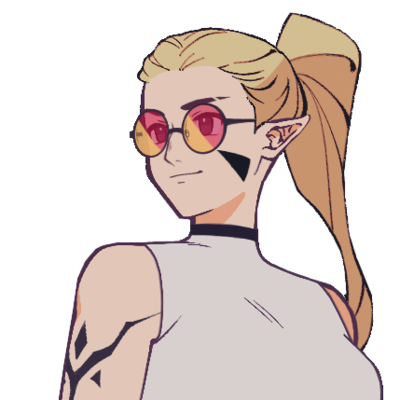 Aearil @aearil@soc.luciferi.st
@erosdiscordia That's gonna sound bad, but I realised while reading a (really good) fic recently, that generally queer characters will always be good and wholesome by default.

And this story introducing lesbian mothers for the protagonist that ended up being TERFs, was something that was kinda refreshing to see, I a "my excpectations have been subverted" kind of way.

Bi men.
Disabled men.
Men of color.
Trans men.
Polyam
Realistic depictions of kink or powerplay relationships, including the awkward negotiation and communication bits.
Feminine men and men of color presented respectfully instead of walking fetishes or the property/reward of a masculine or white partner.