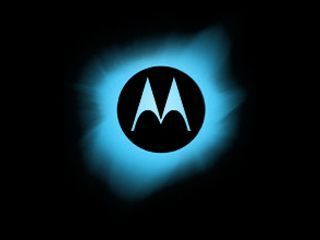 Digital refugee from the hellscape of RL. Fan of the movie Sneakers. Lover of technology and it's many uses.

If you're local to hackers.town and you're stuck in my "Follow Requests" queue, drop me a DM so I know you're there and can approve it.

Like Infosec? Go read "The Cuckoo's Egg" by Cliff Stoll.

I've seen another song set to this footage, but I can't even remember the tune, much less anything useful like a title or artist name. Only that it was about as chill as this and that I really liked it. Anyone know of any other songs that use this footage of Market Street in San Francisco, 1906?

CW: At the very end, there's a couple of stills from the 1906 earthquake which apparently occurred just four days after this was filmed. Seeing the street post-quake, after having just seen it as it was a few days before, was rather disturbing. So you might want to bail when the music stops.

*opens file browser*
*closes file browser*
"OK, which one of you has been taking DB dumps on the main network share? Could you clean that up please?"

@thegibson I just don't even. To any of it. May your loved ones be safe.

@c0debabe This is probably the number one thing I grouse about when trying to help Mom with something. "It wouldn't be so bad if it would just stop trying to be helpful." 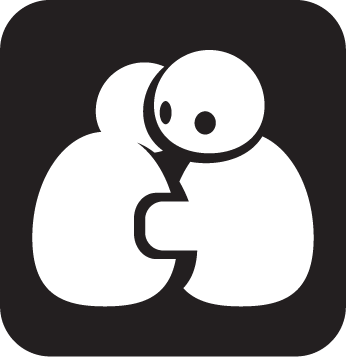 @enot Might have used the parallel port. That was pretty easy to hook up to things. I *think* the ISA bus wasn't too bad to hack stuff onto, but I wasn't into electronics enough to know before everything moved on.

@enot Oh cool! Do you recall if it was using a PC or something more "modern" like a BASIC Stamp? (oh how I wanted one of those for years).

@enot Oh yes. I dismantled all sorts of things, and eventually progressed to figuring out how to put them back together, and then fixing them. But I was pretty bitter about how *everything* had a warning label telling you not to. How else were you supposed to learn about it. The books in the library were all but useless IMO.

I don't have a pretty picture to go with it, but the other day I popped the cover on the soldering/hot air station and wired up a new connector on the back to an unused set of contacts on the soldering iron power switch.

Now my solder fume extractor fan only runs when the iron itself is on, instead of coming on every time I power the whole unit up. It wasn't *that* loud, but the persistence of it would wear at me, and I'd run out of pain spoons a lot faster than without all that unnecessary background noise.

Of course now I keep finding that I've not turned the main unit off until I'm done in there for the day and I turn the lights off too (all the switches are together). But that's fine. It's not like I'm leaving anything that heats up running. Just the brains of it.

@enot I remember being a kid, and complaining bitterly about all the warning labels that said only repair technicians could open this or that. "How was anyone supposed to learn how to be one?" I kept asking.

Alas, I have no wisdom to share, only a vaguely related anecdote.

@socketwench Actually, I think that "photo" is a render, and from the rest of the product page there is no label at all. This one was chosen at random from Amazon because it looked easy to mangle.

@socketwench Looking at that handle, there's a small possibility it could be bent into a stand... an L or U shape (depending on your perspective). I have no idea how easy that would be to pull off. Or if the welds would be likely to survive such abuse. The label on this one looks like heat shrink, at least at a glance. So that's easy to deal with.

@socketwench I was picturing something like this, without a handle, and something under it to keep it upright

SSH'd into the box that does DNS and the like. Last login was from some hostname I'd never seen anything like before, from some residential ISP.

I wasted about 10 minutes digging into it before I realized it corresponded to the IPv6 address of the physical machine I was using at the moment, on my ISP. Apparently I hadn't noticed the last time they changed hands. Or that they were doing IPv6 these days.

Crisis averted! Or canceled. Or something.

@socketwench Pour it into a small wire-mesh strainer? Then place that on some sort of stand-off to get it off the plate. Not sure what would be ideal there. I'd almost suggest a metal cup, but you kind of don't want any of the strainer enclosed? That's based on the assumption that as the moisture evaporates the heat carries it up and out of the enclosure somehow. So you'd want good airflow around the strainer. I wonder if you could find some sort of sheet-metal candle holder/sleeve thing. Something with lots of holes that were intended to let light through.

I don't actually know how these things are intended to work. I keep my filament in a big toolbox of desiccant, which can then be dried on a baking sheet in the oven when it's saturated.

@InternetEh I think I read that one, but my Kindle Unlimited subscription lapsed and I can't read it anymore.

@RadicalEdward Ack! When did that happen?

@sungo I dunno, I think I have a better relationship with Thing than I do with anyone else.

Digital refugee from the hellscape of RL. Fan of the movie Sneakers. Lover of technology and it's many uses.

If you're local to hackers.town and you're stuck in my "Follow Requests" queue, drop me a DM so I know you're there and can approve it.

Like Infosec? Go read "The Cuckoo's Egg" by Cliff Stoll.