Today I'm celebrating having taken another complete spin around this particular star with the bunch of you delightful weirdos. 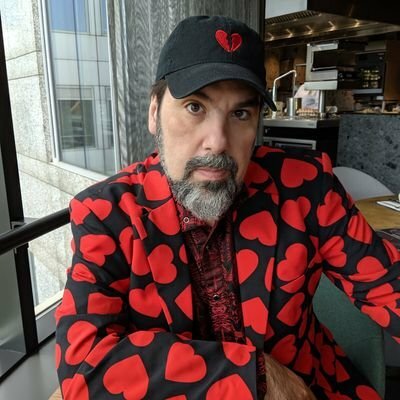 Also I super mangled that tweet, it's not you. He closed a bug about word-wrapping textfiles in Chromium because he doesn't think Chromium should be viewing textfiles at all. It should be an EXTENSION. To view TEXT.

And then he just sat back at his desk! Like he belongs there!

Couples pedicures are the shit, folks. Highly recommended by Gila and I.

Those of you who are also on birdsite would be more than welcome to join me in celebrating the birthday of my wonderful wife @gilahava704@twitter.com by sending her tweets about your favorite Muppet. 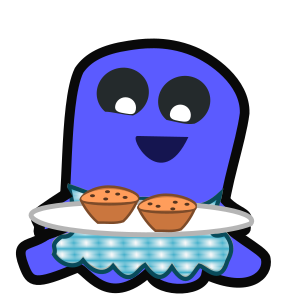 Inventing a new programming concept called "clientless." The idea is simple: the application contains no point where it can integrate with any kind of user interface. With no client, there are no users, so you escape all of the needless complexity users inevitably bring. Your code, totally isolated from the chaos of the so-called real world, can finally be perfect

Dave Ross, a comedian whose work I really like, had the clever idea to turn his first standup album over to a bunch of remixers. I like standup, I like remixing, I think this experiment turned out a really fun listen.

Intrigued? You can check it out at http://remix.guns.beer (very NSFW jokes, text, and audio.)

So trying to figure out why it is that the general and tech population think of POC, LGBTQ+ people but so rarely think of people with disabilities. Like, maybe it's the fact that you see more discussed groups every day. But people with disabilities are often ashamed to show them because they know they're at the bottom of *every* list. So maybe we can do something. Show a blind person looking dejectedly at the screen in the middle of every undescribed image. I don't know.

A lot of people, especially around here, are very anti marketing and especially psychological manipulation.

I understand and as a “marketing professional” I struggle a lot with this.

A persuasion tactic in marketing called “anchoring” is like marketing 101 stuff (or should be) and you see it every day.

An easy example is when you go to a restaurant and you look at the wine list.

You’re not wrong. They are. On purpose.

Anchoring is when you show one thing, which sets the anchor in the prospects mind, and then show another thing.

We humans will subconsciously compare the two things.

In the wine example, they want you to see the expensive wines and think “woah that’s too much” after you’ve seen the cheaper wines.

But they also want you to look at the cheapest wine and think “well I don’t want that because it’s the cheapest one so it must be low quality.”

Back to the discussion:

It’s important to note here: the profit margin on the expensive wines is much smaller than the cheaper wines. They don’t really want you to buy it. They just have it to persuade you (manipulate?) to buy one closer to the middle price.

An example closer to us (do we have wine connoisseurs around here?) may be buying a bicycle.

If you go to your local bicycle shop, and they know what they’re doing, they’re going to show you an expensive bike first.

It’s not because they’re trying to sell you the expensive bike.

I mean if you do buy it, great.

But they’re not expecting you to.

To put this lesson in anchoring into two sentences:

If you want something to look expensive, show the cheaper thing first.

If you want something to look cheaper, show the expansive thing first.

So how can we apply this?

Well we’ve got a shit load of artists around here so let’s start there.

Let’s say you sell prints of art you paint (physically not digitally).

2 - A signed print. 2x baseline price: $50. You’ll get double the money for spending an extra minute signing the print. You’re not expecting people to buy this one much though. Most people will buy 1 or 3.

3 - the original physical painting itself from your baseline prints. One time exclusive (this is another persuasion tactic for another post). Only one is sold of each because only one exists. 5x baseline price, so $125.

These are just example prices. I am not a painter and don’t know how much paintings should be sold. I just used these numbers because they’re easy for an example.

But the 1x, 2x, 5x scale on added value is actually proven to work, but that’s a different persuasion tactic to discuss for another post).

Then, put the more expensive things first on your website, Etsy, whatever.

Or if you don’t have a way to value tier one artwork, just position your more expensive stuff first.

An example with music could be:

So, that’s the marketing/persuasion/social engineering lesson for y’all. That’ll make you a lot of money.

How ethical or unethical is that?

We’re intentionally playing on the psychology of people who already want to buy from us.

But also, now that you know this, you have three options:

2 - intentionally reverse it and hurt yourself

3 - somehow randomize the order so that you can’t consciously or even subconsciously influence potential artwork (or whatever you sell) buyers.

What are your thoughts?

Remember, remember the Fifth of November,
The scientist hanging a clock,
Who knew on that date,
That fortune and fate,
Would reveal so much more to the Doc.
Doc Brown, Doc Brown, he did invent
Such objects of folly, with good intent,
He tumbled and fell in his lavatory
But soon after took to his lab'ratory
For though he’d been woefully injur'ed
A vision unfurled in his bruis'ed head
Great Scott! Great Scott! From this disaster
Great Scott! Great Scott! The Flux Capac'tor!
And what did he do with it? Build it!

November or not, these cashews are delicious. 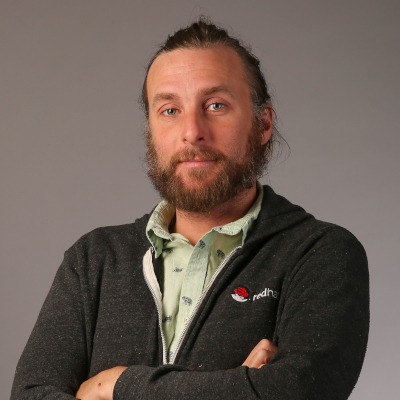 “The way we generate, handle, and dispose of data will define us over the next hundred years. And, just like we look at the Industrial Revolution and think ‘what the hell were they thinking,’ we’ll do the same thing about today.” https://buff.ly/3GFmgJe

I usually call them "gloves," but I suppose that works too.

1) Watch 1994's "Without Warning." (YouTube has a 1.5-hour upload of just the movie and a 2-hour tape of the original TV broadcast with ad breaks, pick your poison.)

2) Listen to Gila and I take a deep dive into it on the Modern Technology Podcast Network!
https://modern.technology/2019/10/30/modern-technology-watches-episode-108-without-warning-1994/

The brilliant @Foone@twitter.com recently tweeted "One of the biggest problems with the English language is that we don't really have a good gender neutral version of sir/ma'am, and retail workers are required addresses customers with that kind of honorific".

That made me think, could "their" be used as a gender-neutral ma'am/sir honorific? Adoption may be assisted by the "there" homophone; if you're working retail and say "hello, their," or "may I help you, their?" to those out of the loop it just sounds like you're being polite in US-Midwestern.

Nonbinary and non-gender-conforming folks out there, what do you think of all this? What honorifics, if any, do you appreciate used in your direction?

I had a dream that I was illustrating a coloring book for a popular entertainment franchise, and now I'm wondering how the legal licensing guff for that sort of thing would work.

Initial web searches suggest that there is SO MUCH low-end unlicensed garbage out in that sphere.

The thing that's been simultaneously entertaining and frightening me about FB leaning so hard into the "Metaverse" thing is that the whole concept of a Metaverse as we think of it comes mainly from dystopian fiction; the dark shit.

In "Snow Crash" and other such cyberpunk things it inspired the Metaverse is the VR escape for people because the real outside world has become so shit it can't provide full lives for people any more, and it's often controlled by oppressive or exploitative entities. Scifi's Metaverse isn't usually portrayed as much of a positive thing for society, it's shown as more of a distraction than a tool helping to tangibly fix the broken world (although sometimes the story's hero/protagonist improves things by disrupting or breaking it somehow.)

It's a wonder Zuck didn't just call his company "the Matrix" and advertise it as "your chance to finally get in your goo pod and turn over your brain sparks and life juices to the late-stage-capitalism-apocalypse robot squids."

BKSTRM @cb@planet.chrisbeckstrom.com
I have this idea to write a script using the #sox command line utility on linux to slice up an audio file, apply some effects, then reassemble the slices in a random order (sometimes repeating slices). The idea is to generate complex #glitch sounds from existing #audio files. maybe also add an option for "number of iterations."

Does this already exist somewhere? I'm sure this isn't a novel idea
0
Show older