Kind of surprised Iran is admitting this. But here we are. 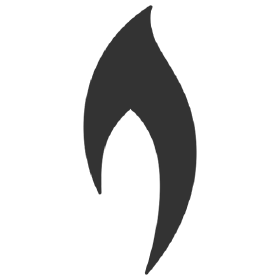 1) they denied shooting down the plane
2) they cleaned up the crash site before letting investigators in to observe
3) they delayed reading the blackboxes(something normally done within 24 hours of finding them)
4) when all their denial, deflection and delaying could not penetrate the obvious fact they were at fault
5) they finally admit, will investigate and punish their people

But it's the USAs fault.

@Tayo @GeoffWozniak @thegibson
Of course it's their fault, but there is no denying the WH's occupant order to kill Soleimani put these events in motion. We could also mention how the whole damn mess started in 1953 when the first elected PM in Iran was deposed in a coup supported by Britain and... the USA. Had democracy been allowed to take hold in Iran, there may not have been a 1979 popular revolution usurped by the islamists. The Middle East might be hugely different today.

@Tayo @GeoffWozniak @thegibson
I know it's wishful thinking and we'll never know, but imagine a democratic Iran having a stabilizing influence in the Middle East, instead of being a destabilizing force and a mortal enemy of Israel. All of this because of oil interests.

Then again, the Sunni countries might have felt threathened all the same. Oh well. Humanity's knack for f***ing things up knows no bounds. 🙄

One could also argue that Quds operations put these events in motion. We could also ackowledge how the Treaty of Versailles totally screwed up the middle east and us for generations. Iran thought they were shooting down a US warplane and now they have the blame to deal with.

No coicidence that the asshole Trump ordered killed was in Iraq. They were hoping to sieze our embassy, the Iraqis were complicit and he was there call the shots.

@GeoffWozniak it's a strange world when the leadership of Iran sounds more reasonable than ours.

We were not this publicly sorry in 1988 when we made a similar mistake.